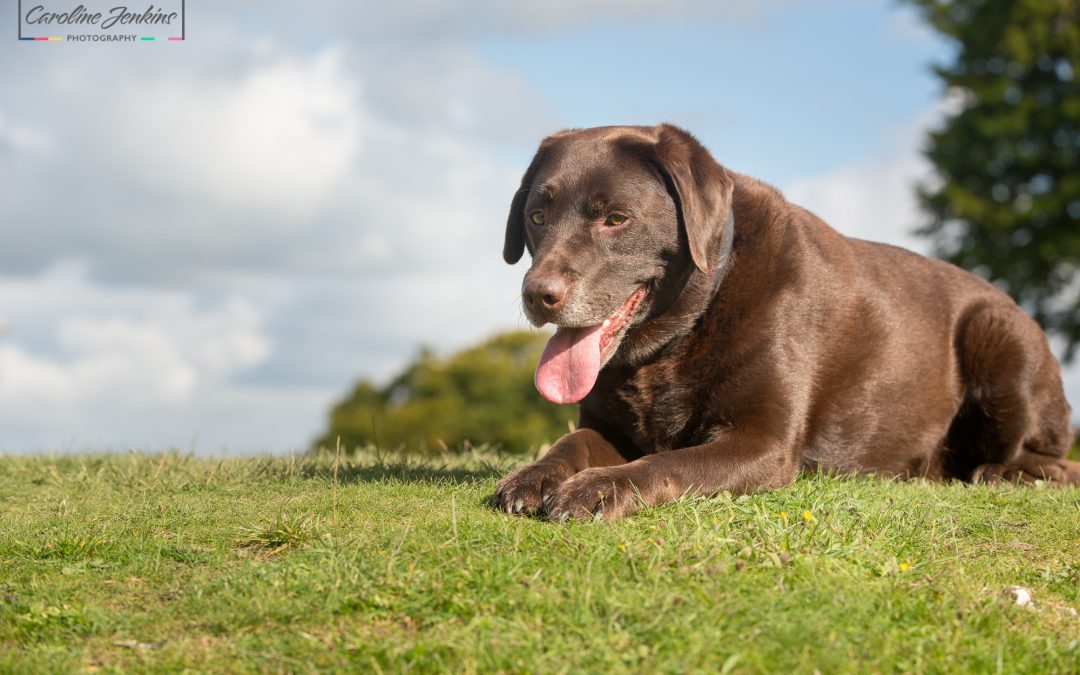 Hi my name is Caroline Jenkins and I am an outdoor family photographer based in Chandlers Ford in Hampshire. I am married and have two young children – Charlie (4) and Evie (2 going on 15) and also have a fur baby – Josie (7) who is a chocolate lab. We love doing as much as possible outdoors including exploring the local countryside whilst on dog walks, regardless of the weather.

Recently I had a friend ask me where we go for local walks, and if I could recommend anywhere for her to take her son and dog, so there was borne the idea of a blog of the best local dog walks near Chandlers Ford and the neighbouring towns.

To be honest, although I have called it dog walks, these can be just as easily about walking the children even if you don’t have a dog!

Having decided to focus on one dog walk per blog, I will endeavour to provide as much information as possible from maps, photos, the positives and any negatives that I have come across.

Naturally, I would love for it to be as interactive as possible as it is by no means the perfect summary, so if you have any further information to add, any tips for future featured dog walks, any photos that you would like to add or any comments that you might have, then I would love love love to hear from you! 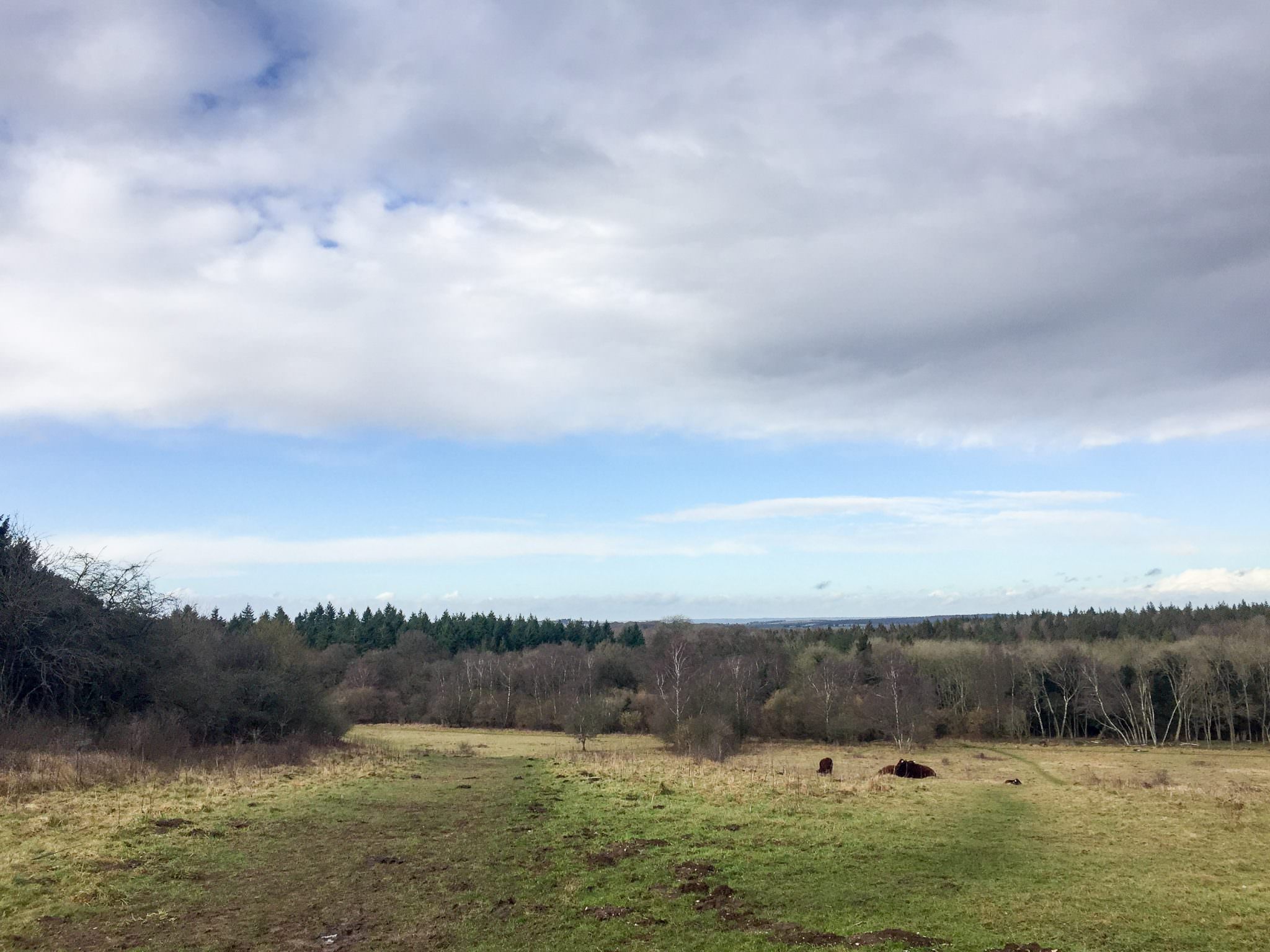 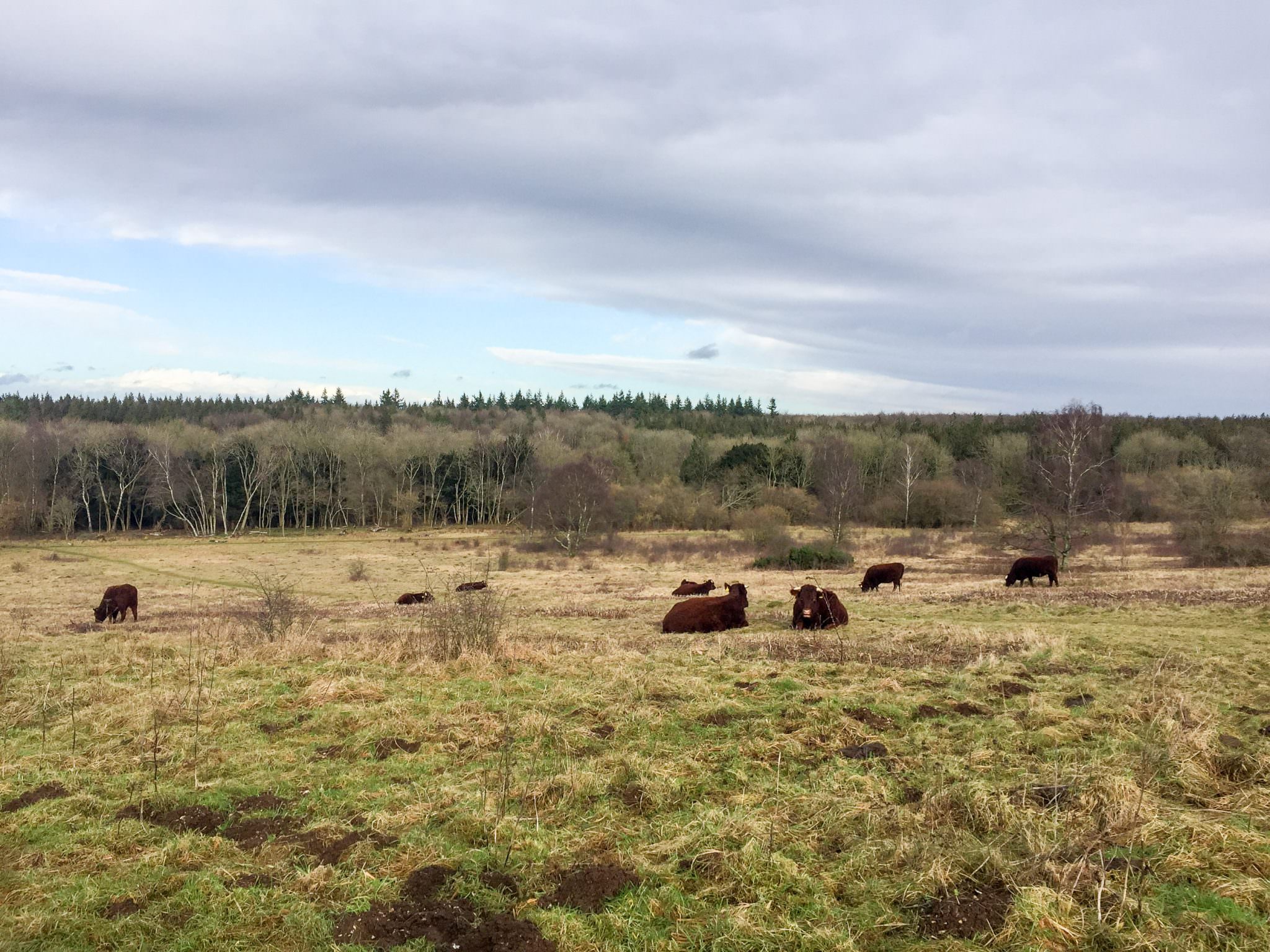 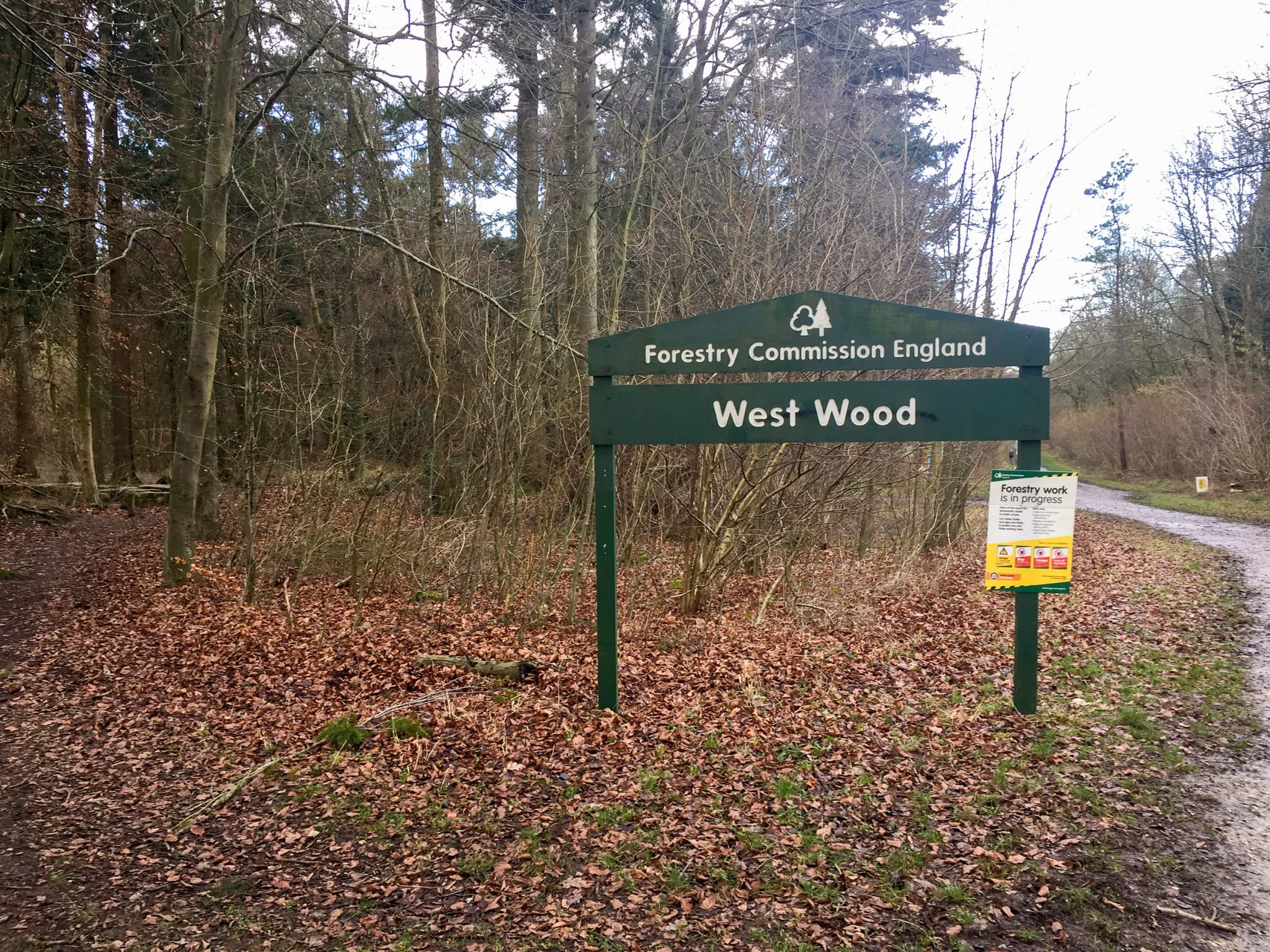 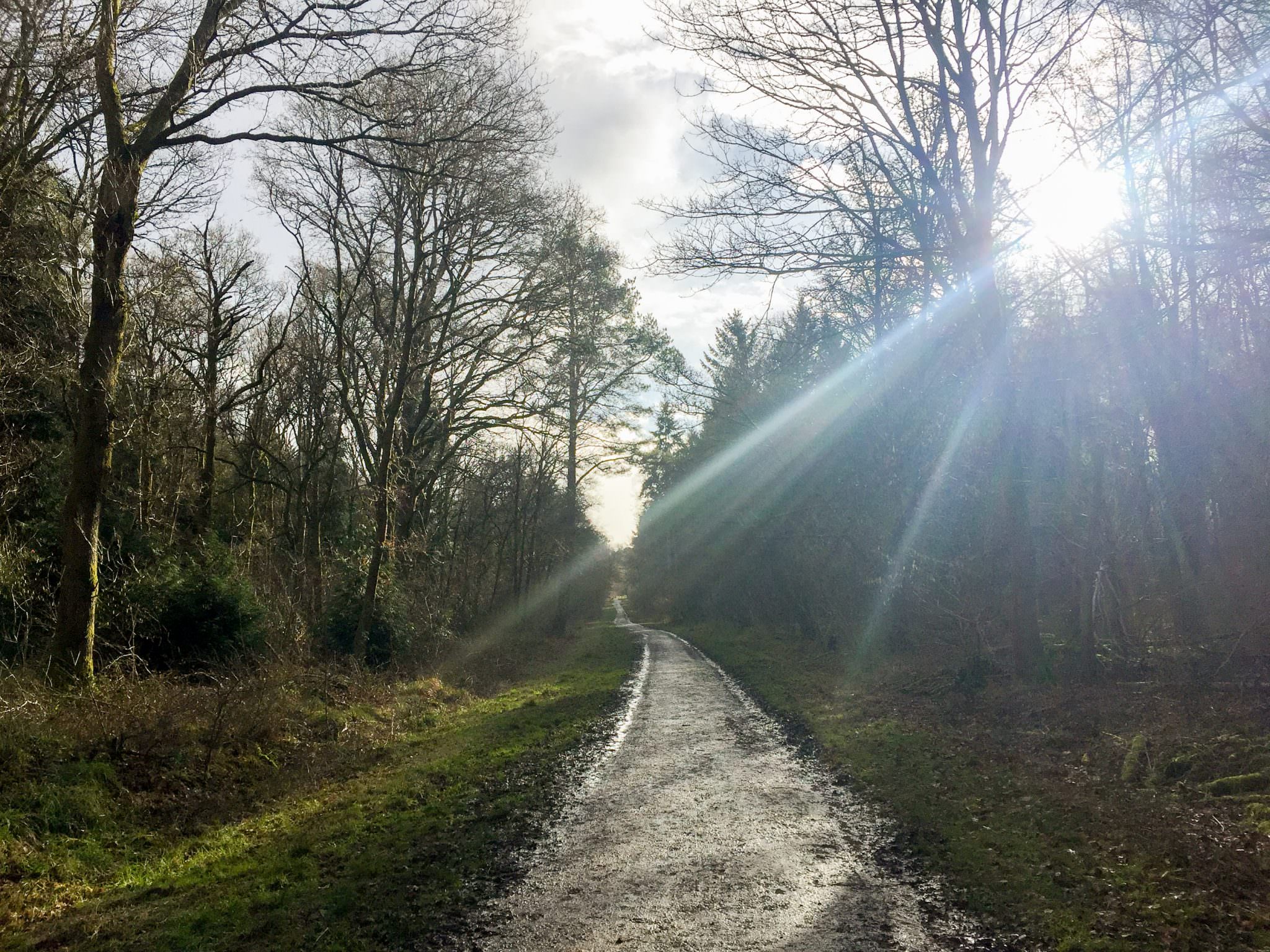 For those of you who have never even heard about Farley Mount, it is a large expanse of land that apparently is classified as a country park! It lies between a little village called Hursley (on the outskirts of Chandlers Ford) and Winchester. Hursley has some lovely amenities if you’re on the lookout for decent pubs.

So the first thing you need to know about Farley Mount is the sheer size of it! It’s just shy of 570 acres, so is not a small place by any stretch, and there are lots of different parts, entrances and car parks.

For today’s post and walk I am just focusing on West Wood, one area of Farley Mount near the largest car park.

Now this was a fairly rapid walk as it was just me and Josie on our own today, hence the 4.27km in 55 minutes that we covered. I am not sure I would attempt this with the 4 and 2 year old in tow, not unless I had Daddy (and his shoulders), lots of time and lots of drinks and snacks with me.

So this was a walk around West Wood using paths and tracks. There are a lot of gravel paths which make it very accessible for pushchairs and bikes etc, but just be warned that to get down to the gravel paths, you have to negotiate your way down quite a steep hill from the car park. Great for running down at the start of the walk, quite a lot harder to navigate your way back up again at the end of the walk!

Luckily, there is a nice little avenue of trees alongside the open field, so on the way back we tend to go up through there. There are good trees to climb all over and places to hide and for some reason this distracts the children from the incline!

The photos that I have included above and below are the photos that I took as I walked along this route – I thought it might be useful for you if you wanted markers or points of interest to look out for?

As you can see, I have also included the map of the walk I did in case you wanted to go for a walk but didn’t have a clue where to go! I stuck to the gravel path until I came to the three rocks pictured, turned right down the muddy track and then kept going straight. This eventually leads you back to the kids play area again.

It doesn’t seem to matter what time of year it is, Farley Mount is always a beautiful place to visit with loads to look at and is especially great for the dogs to run around in and sniff. Be warned though – there are a lot of deer and squirrels (and grazing cattle in the fields), so you may want to take note if your dog likes to chase!

It is one of those walks that gets exceptionally muddy in the winter and after long bouts of rain, even on the gravel tracks, so is definitely worth wearing wellies, and I certainly wouldn’t go here without wellies in the winter.

I could write reams about Farley Mount, but to be honest I thought that it would probably be easier for you to read if I summarised it. 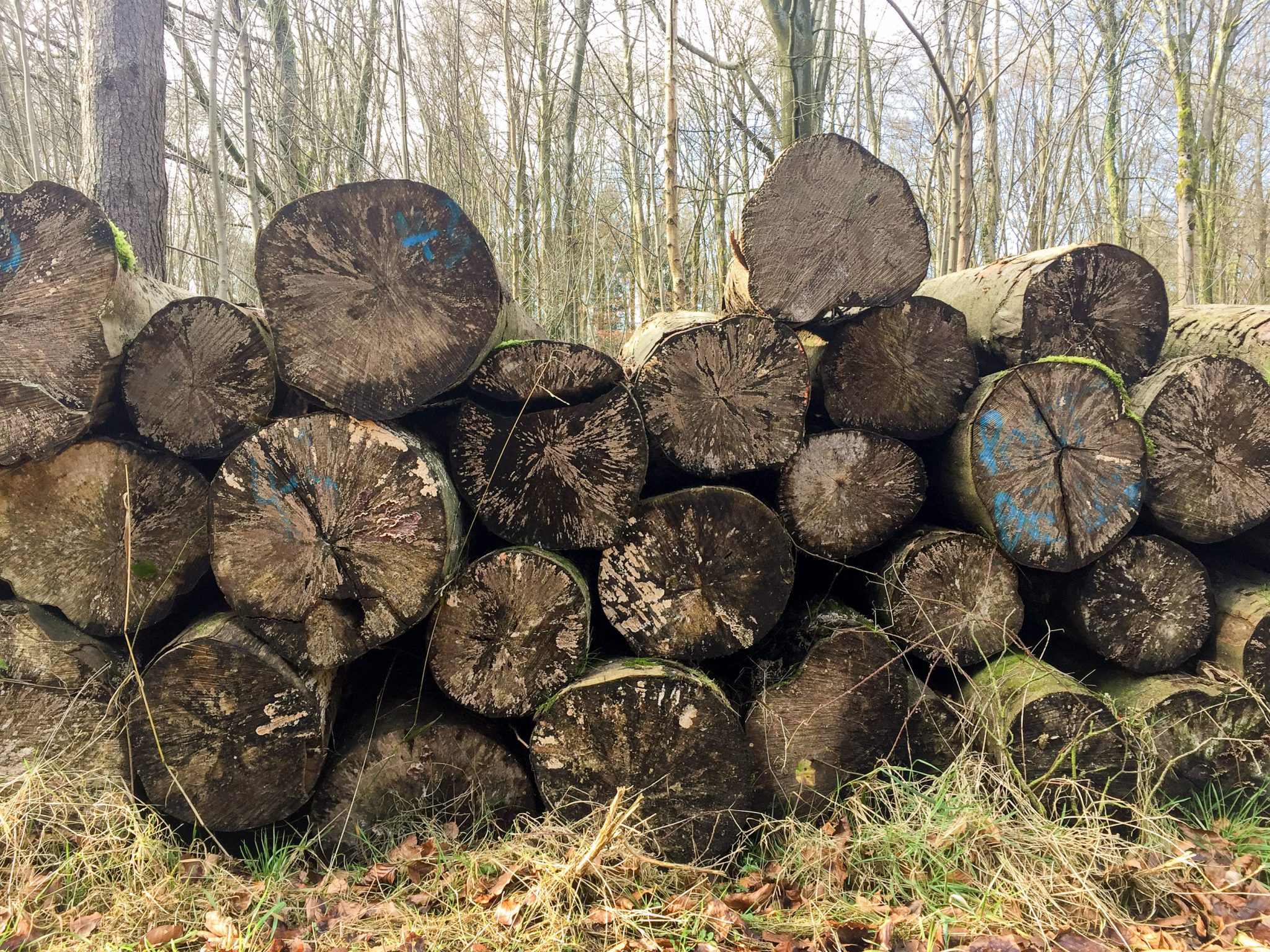 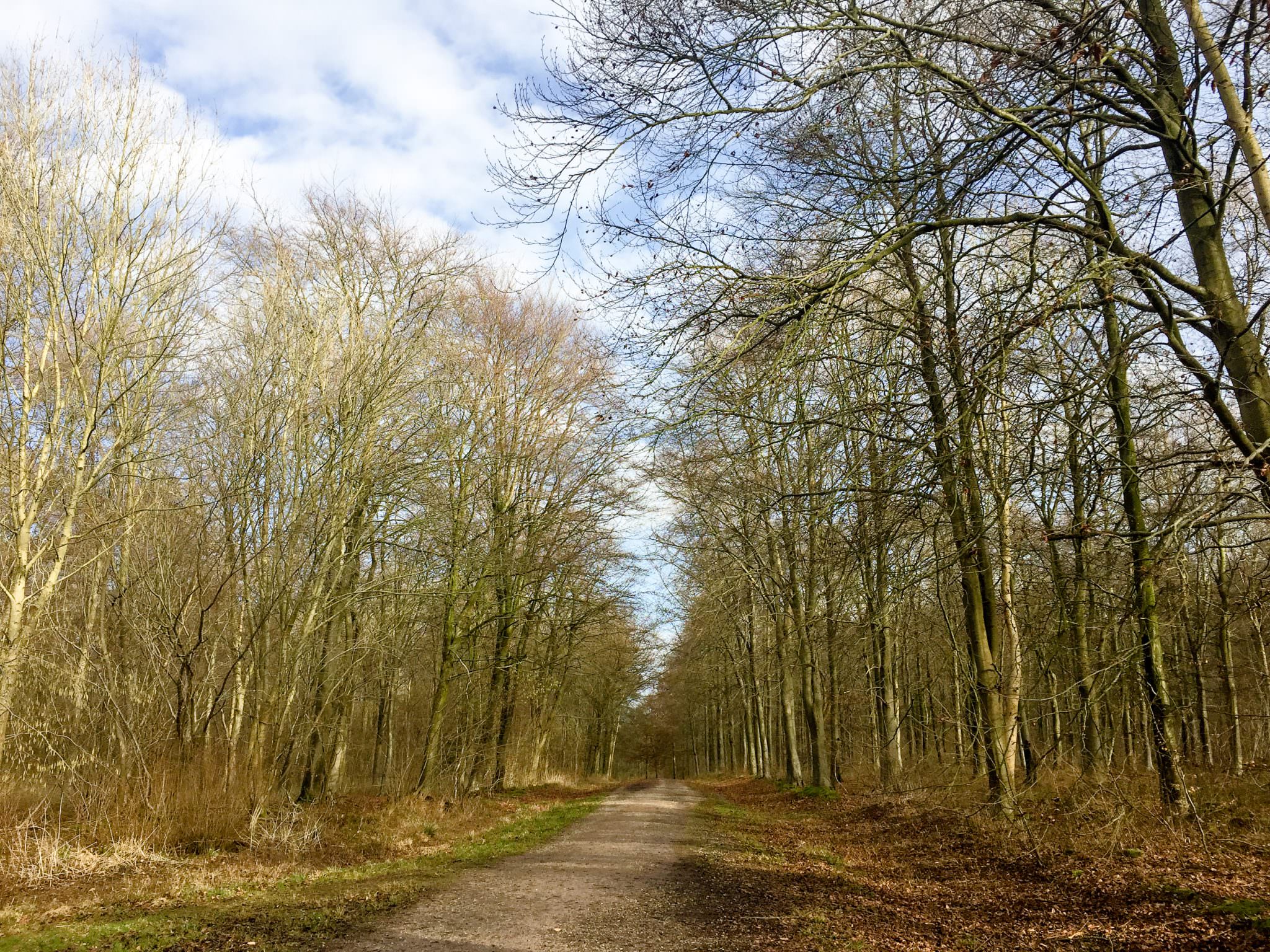 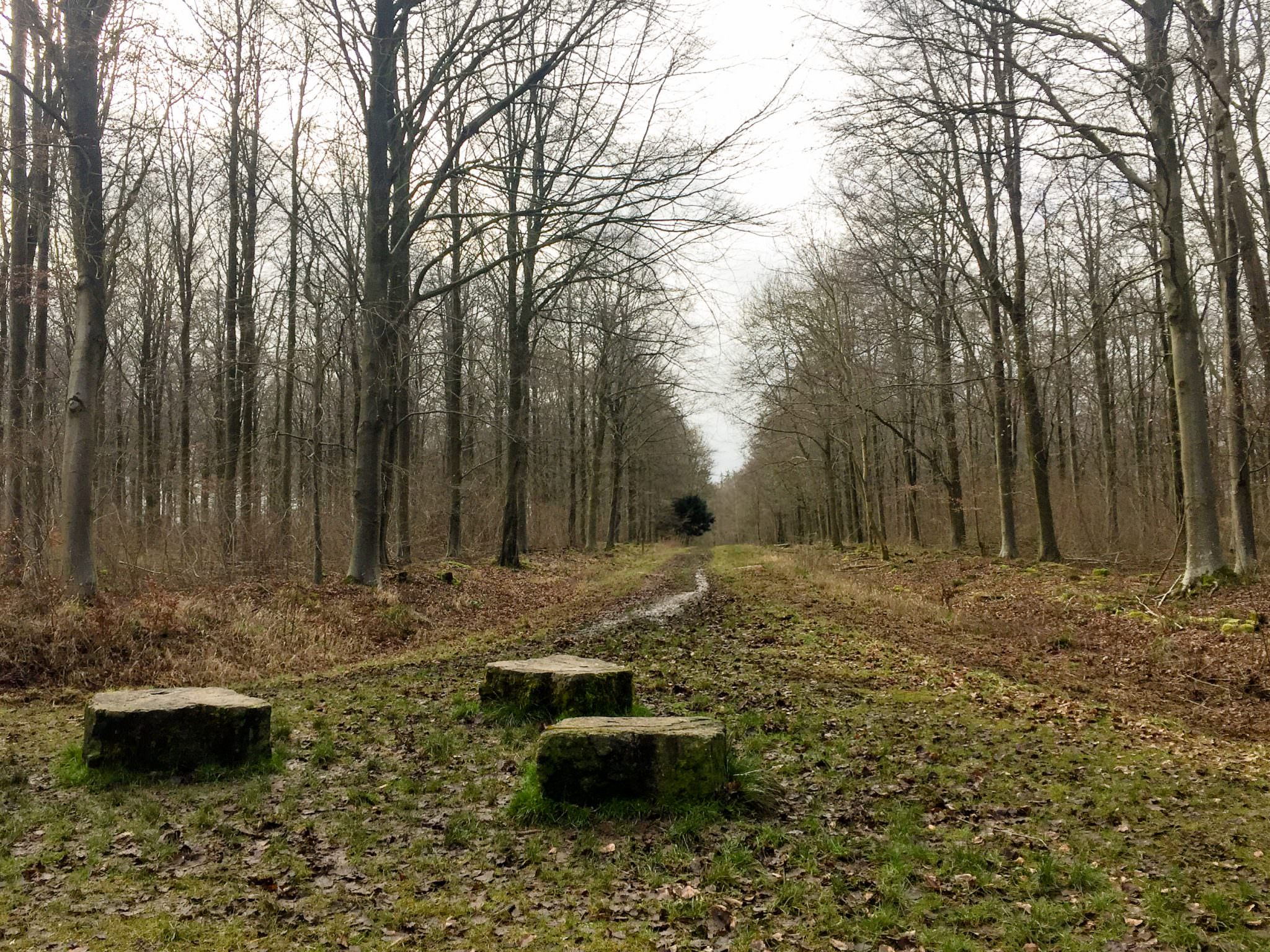 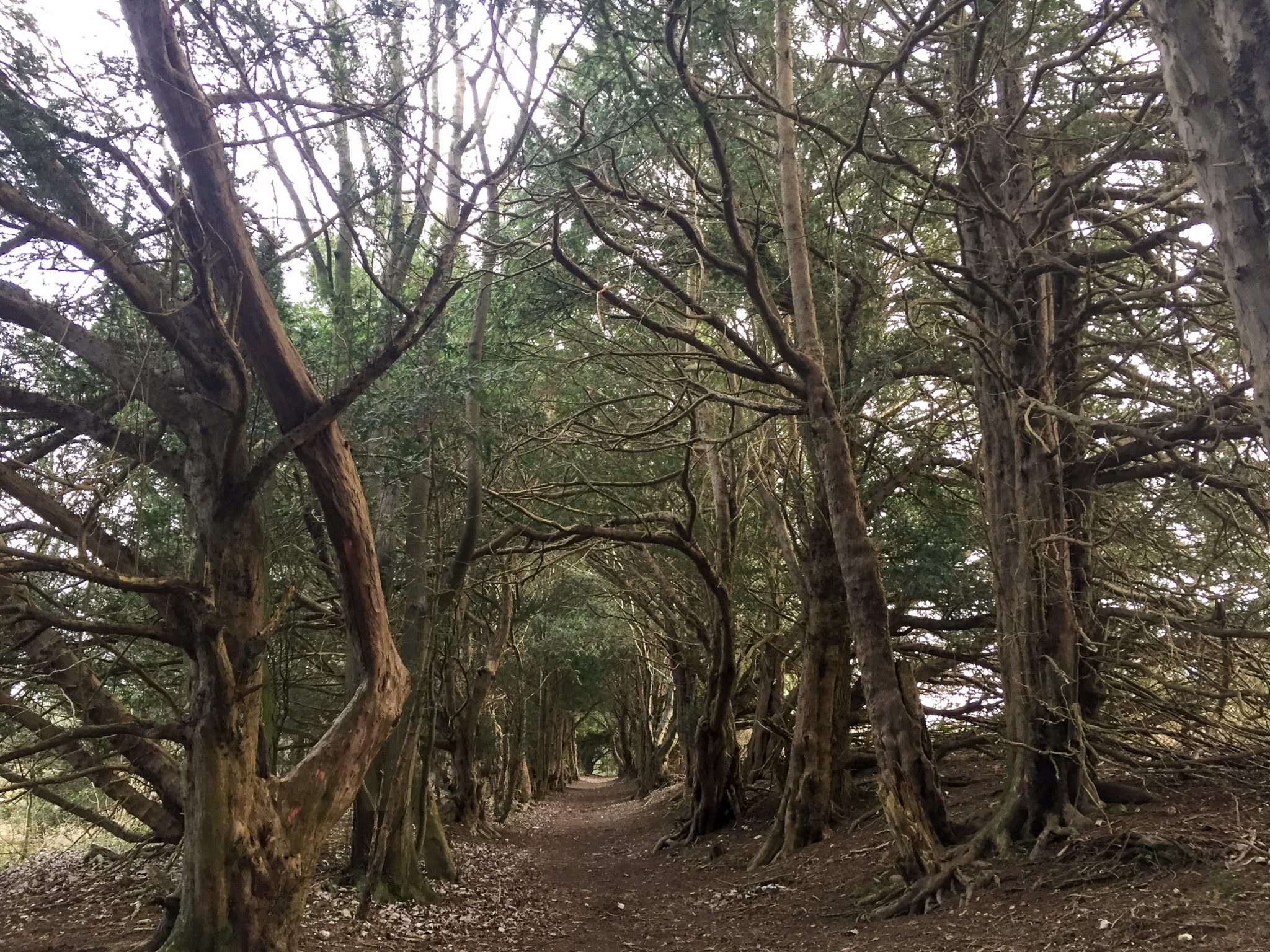 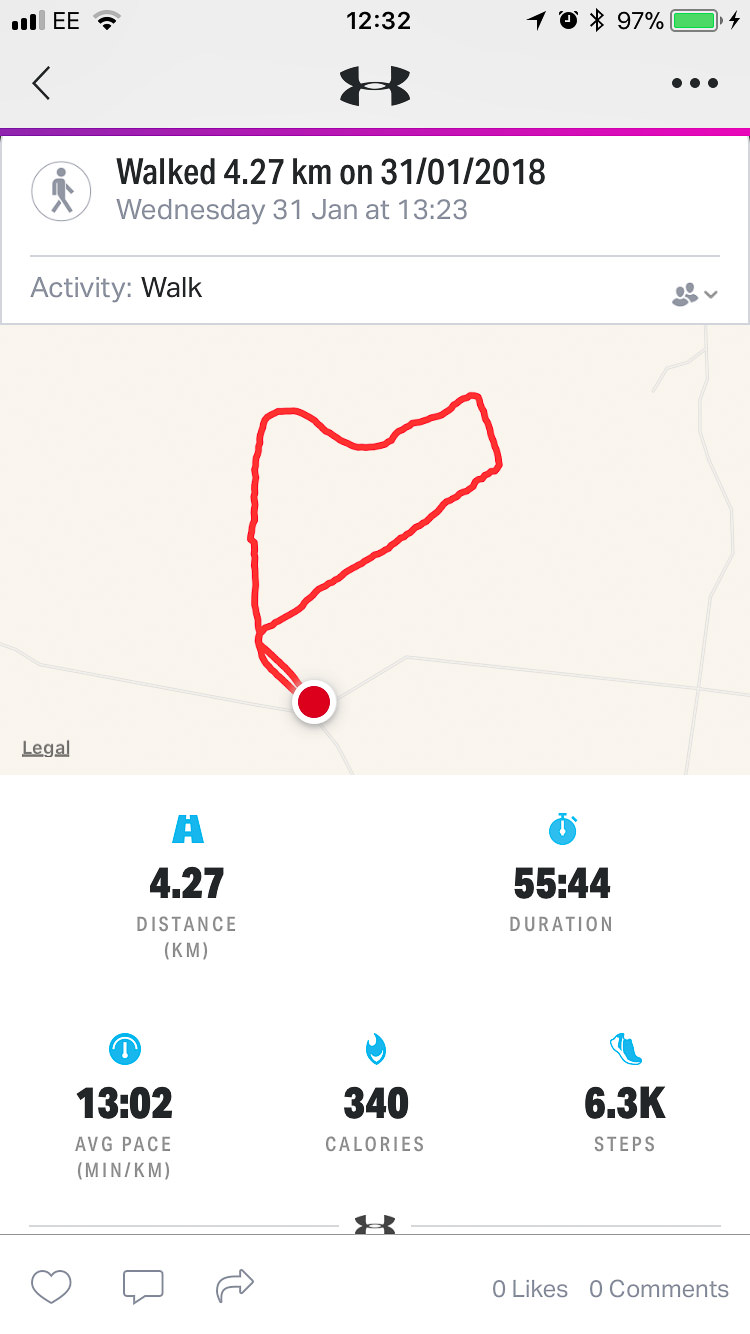 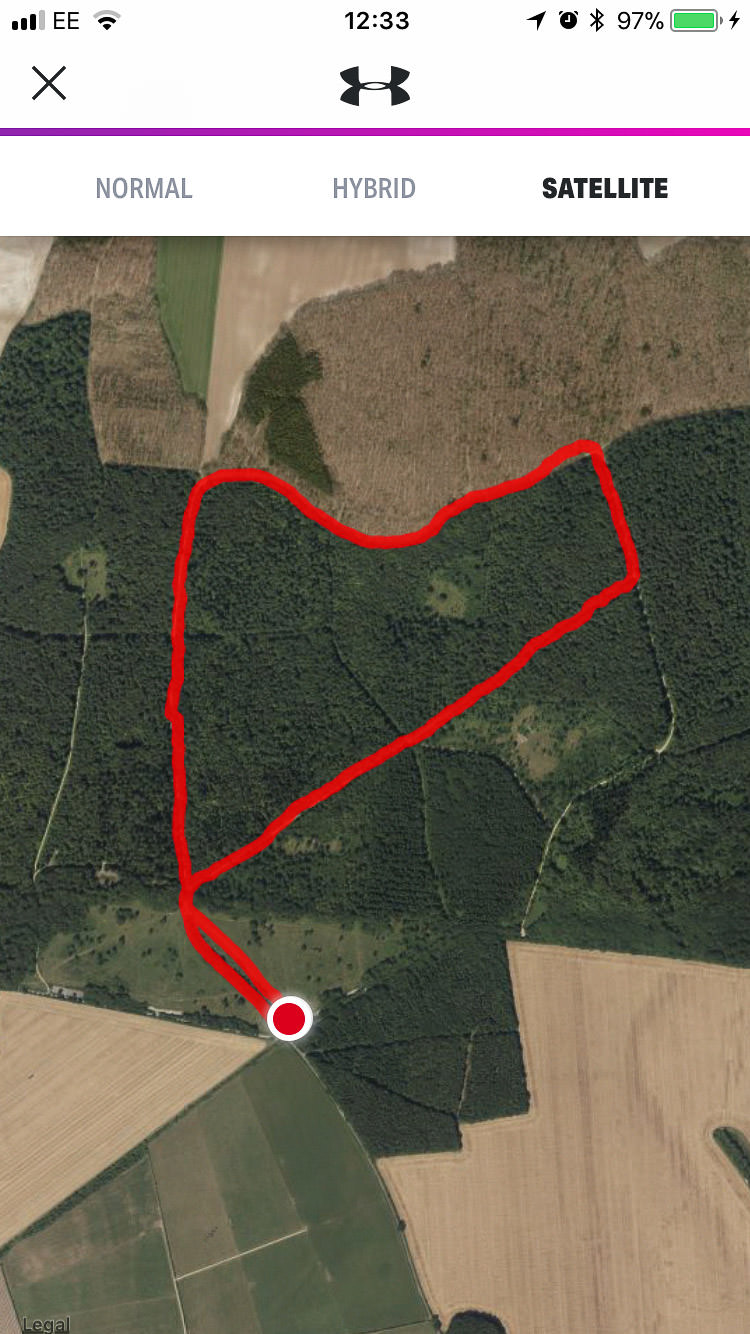 It seems to be that every time I come here it just looks stunning – even in the middle of winter and with the trees all naked, it still feels like you’re in the middle of nowhere and allows you the time to take a big deep breath and chill for a bit. I’ve been here in beautiful sunshine and I’ve been here in the depths of fog where you couldn’t see your hand in front of your face – and they were both just as beautiful! Lets face it – children and dogs don’t need an excuse to run – they just want to get out and go, so this place is perfect for that.

This pleases me greatly and makes a big difference, especially if you want to go for a day and have a picnic etc! The car park isn’t huge but we normally manage to get a space (although sometimes they close it off for road races and running races). Plus the car park leads straight into the field so you don’t need to worry about putting a lead on your dog and walking it down any annoying roads.

It is absolutely perfect for endless games of hide and seek, as there are just trees and bushes as far as the eyes can see.

It doesn’t get any better location for den-building. There are sticks everywhere, and if you move away from the gravel path, you are almost guaranteed to find a den already built. And if theres not one, then its a great family activity to do (so long as the dog is happy to share the sticks)! 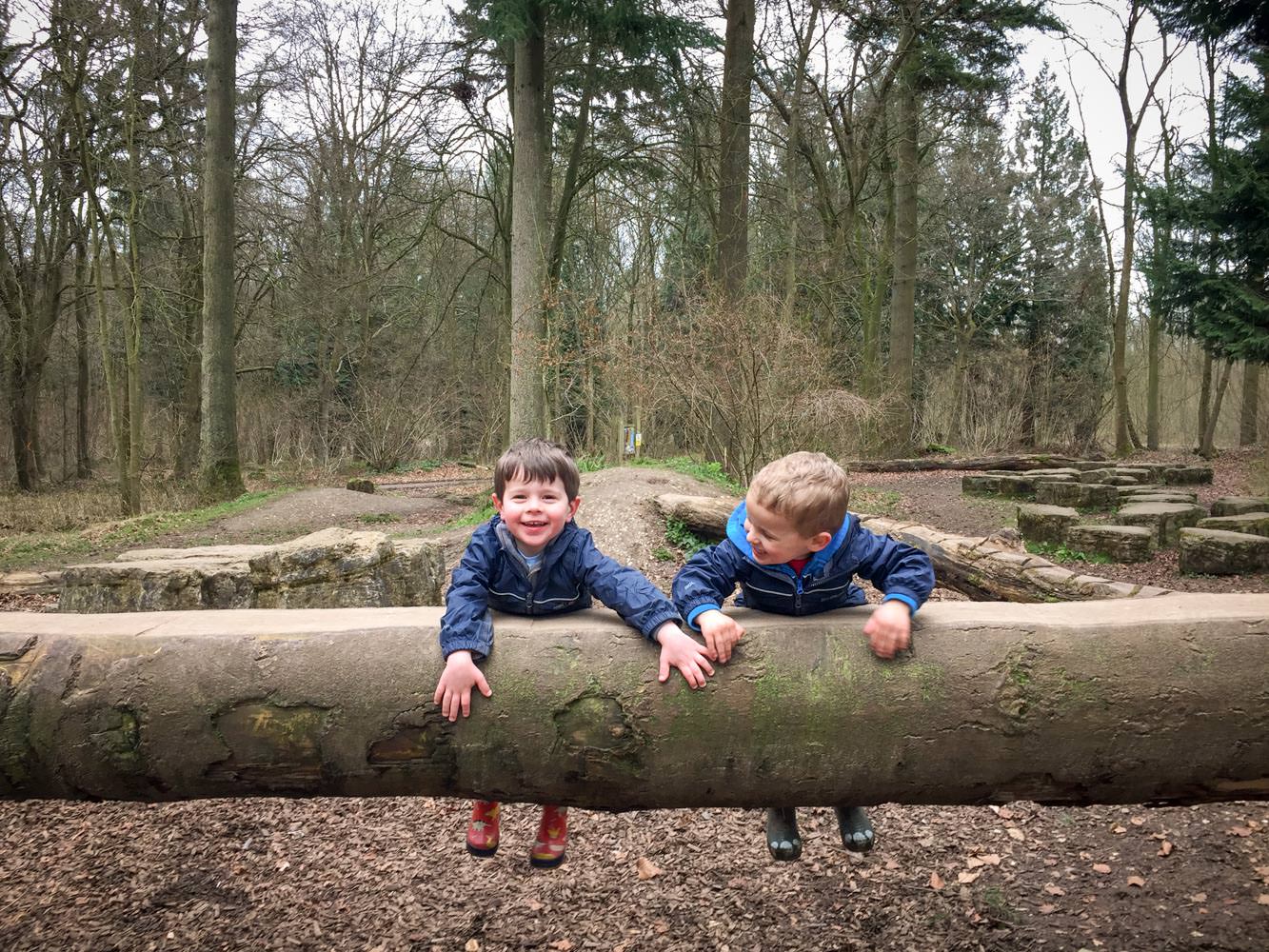 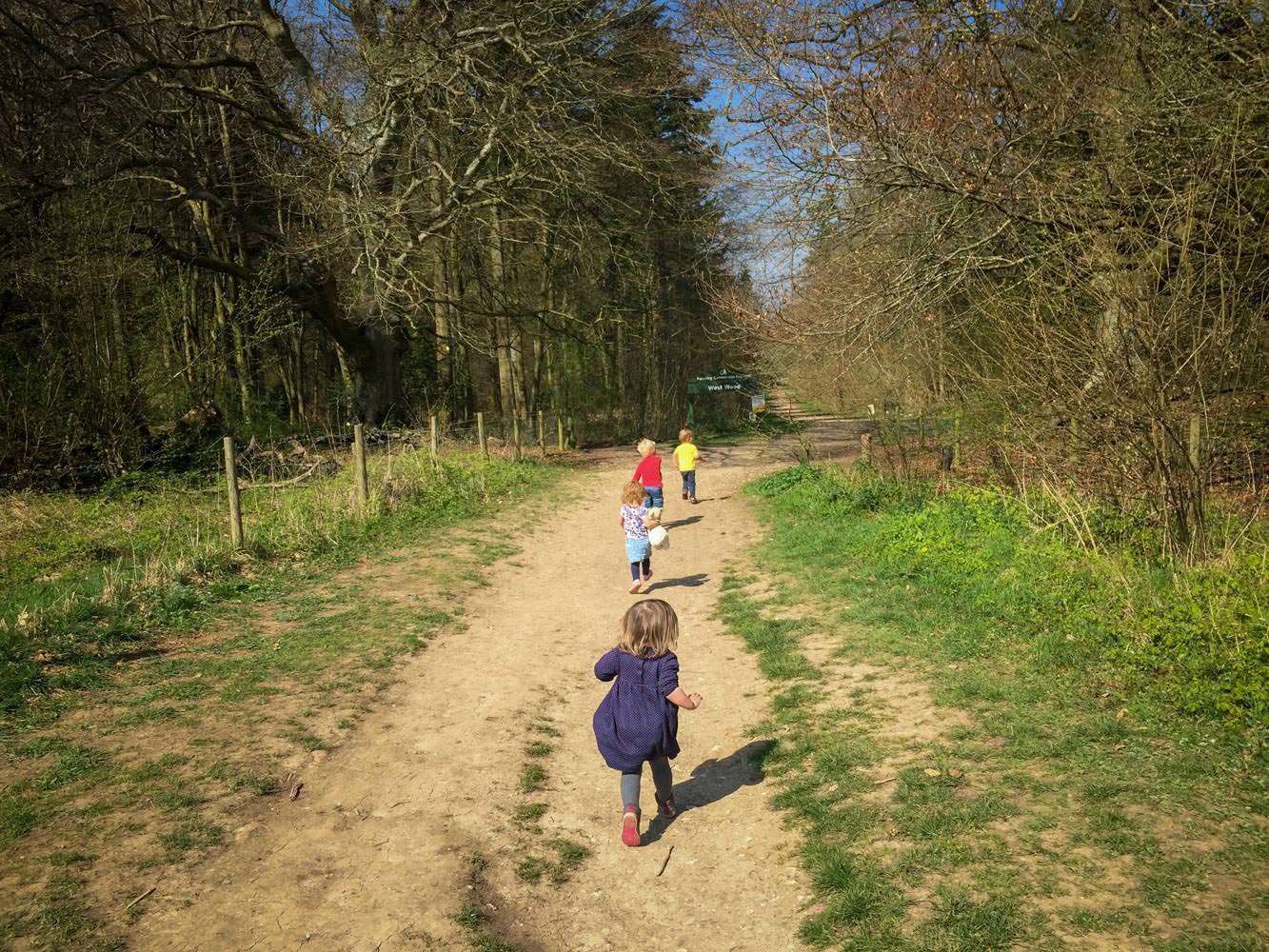 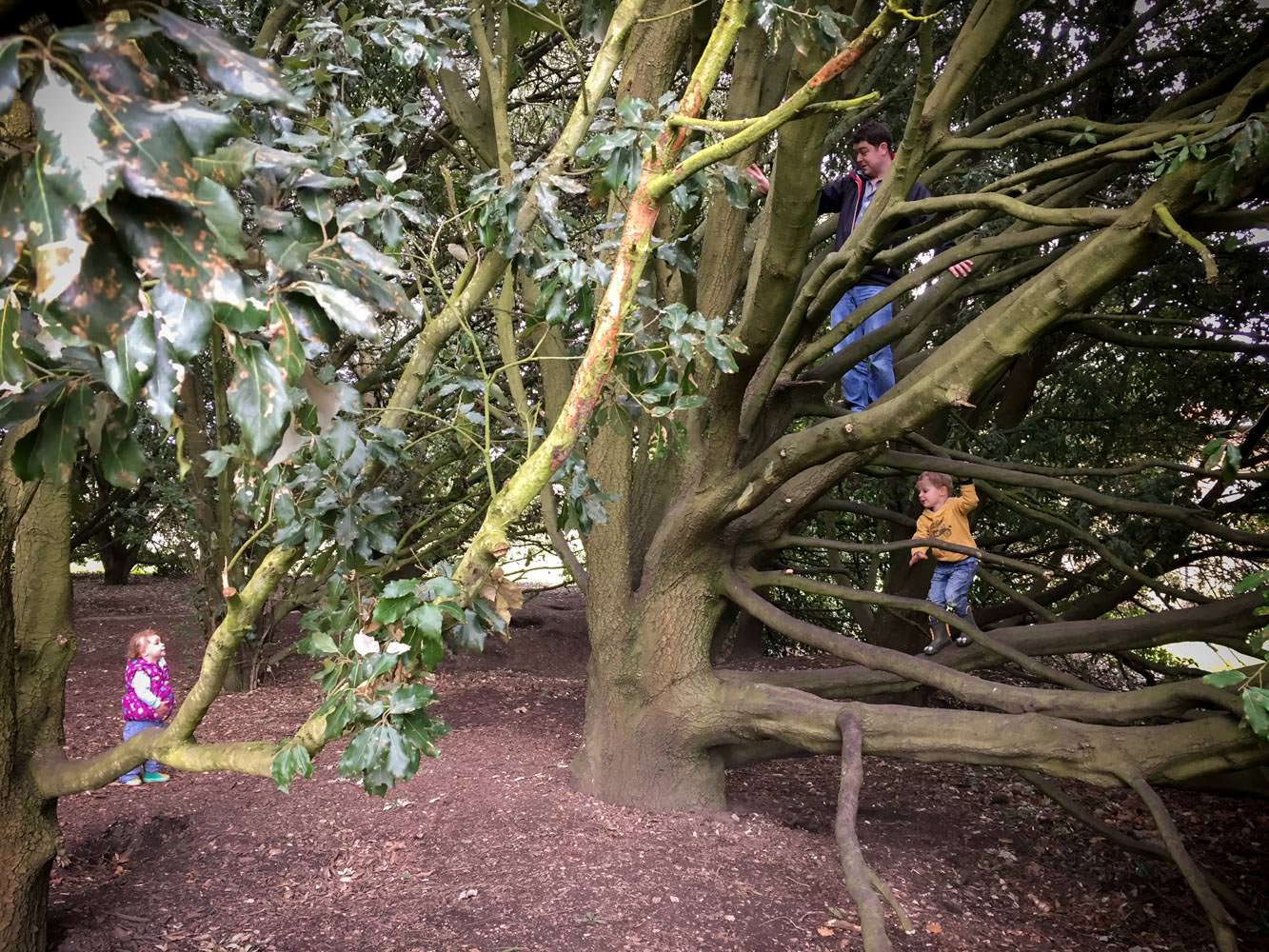 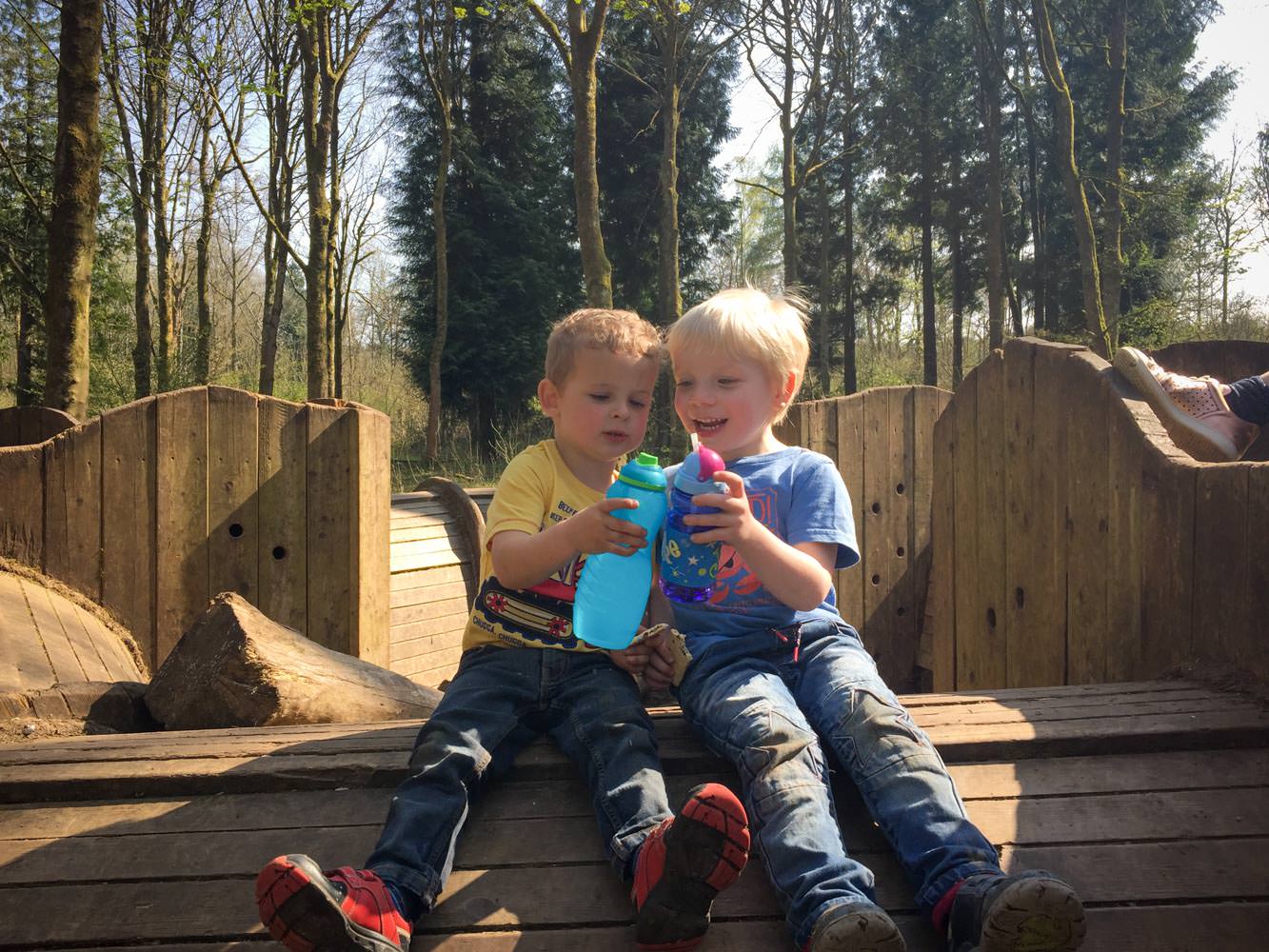 Things to watch out for at West Wood, Farley Mount:

There are no rubbish or poo bins around Farley Mount anyway as they want to encourage you to take all rubbish and waste home with you, so go prepared with bags!

As it is an entirely natural area as far as the eye can see, there are no facilities at all. So make sure you go to the toilet before you leave the house, and bring plenty of drinks and snacks with you!

There are no picnic benches anyway in this particular area, so if you did choose to come here for a picnic, you would need to make sure that you brought picnic blankets with you and didn’t mind sitting on the ground!

At certain times of the year there is a lot of forestry work going on, which is great if you have children who like to watch the tractors and cranes at work, but not so great if you want to go for a wander in the woods, as they often fence off large areas when they’re felling. The piles of logs do make for great conversations about Snake and his log pile house though!

Wildlife – there are quite often cattle grazing in the fields and deer running through the trees. Great for the kids to watch, but not so great for those inquisitive furry friends!

The roads. Just watch out because the roads heading in and out are often only the width of a single car in places and very windy, so you have to go super slow. There are passing areas dotted along on both sides, but these are often up embankments so not great. There are also lots of pheasants around and about the roads, so it’s worth watching out for them as well.

Because this place feels like it is in the middle of nowhere, there are no phone masts as far as the eye can see, so phone signal is limited if present at all.

There is no lighting anywhere at all, throughout the walks or on any of the roads, so watch out when dusk hits as I can only imagine that it would be blacker than black in the night.

It can be quite bad for ticks due to all the long grasses around here, although you should be ok if you stick to the paths and woodland walk areas. 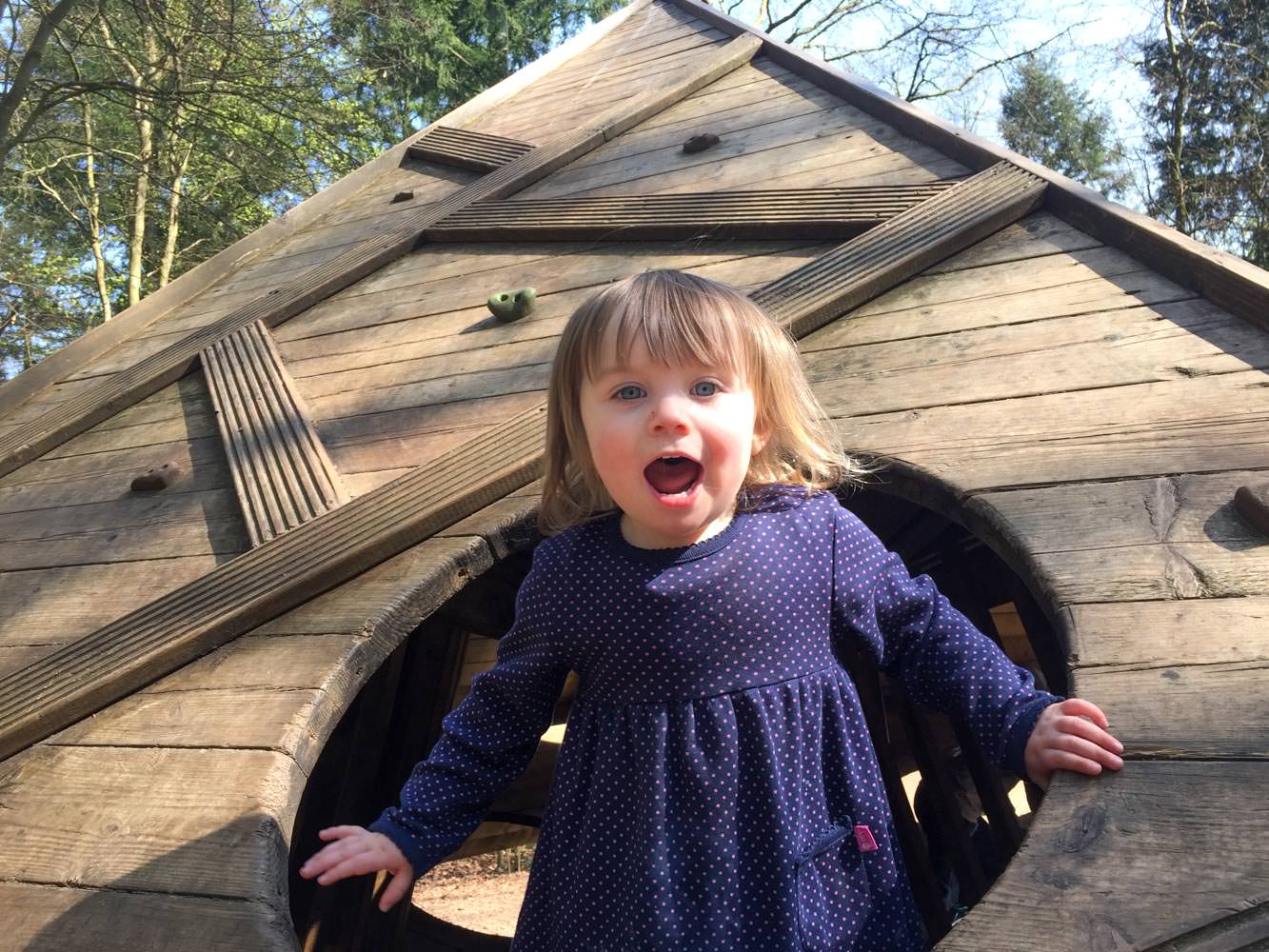 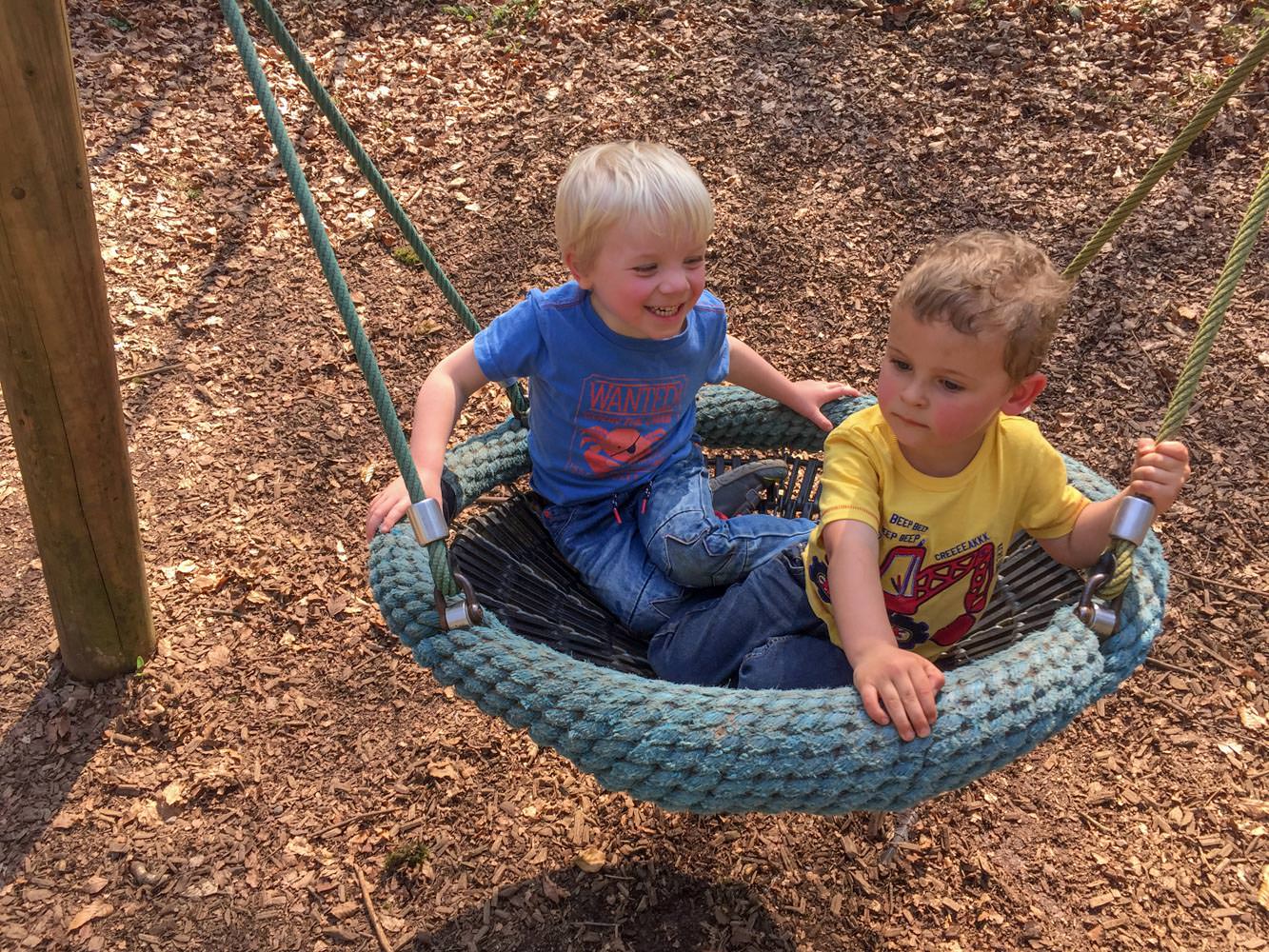 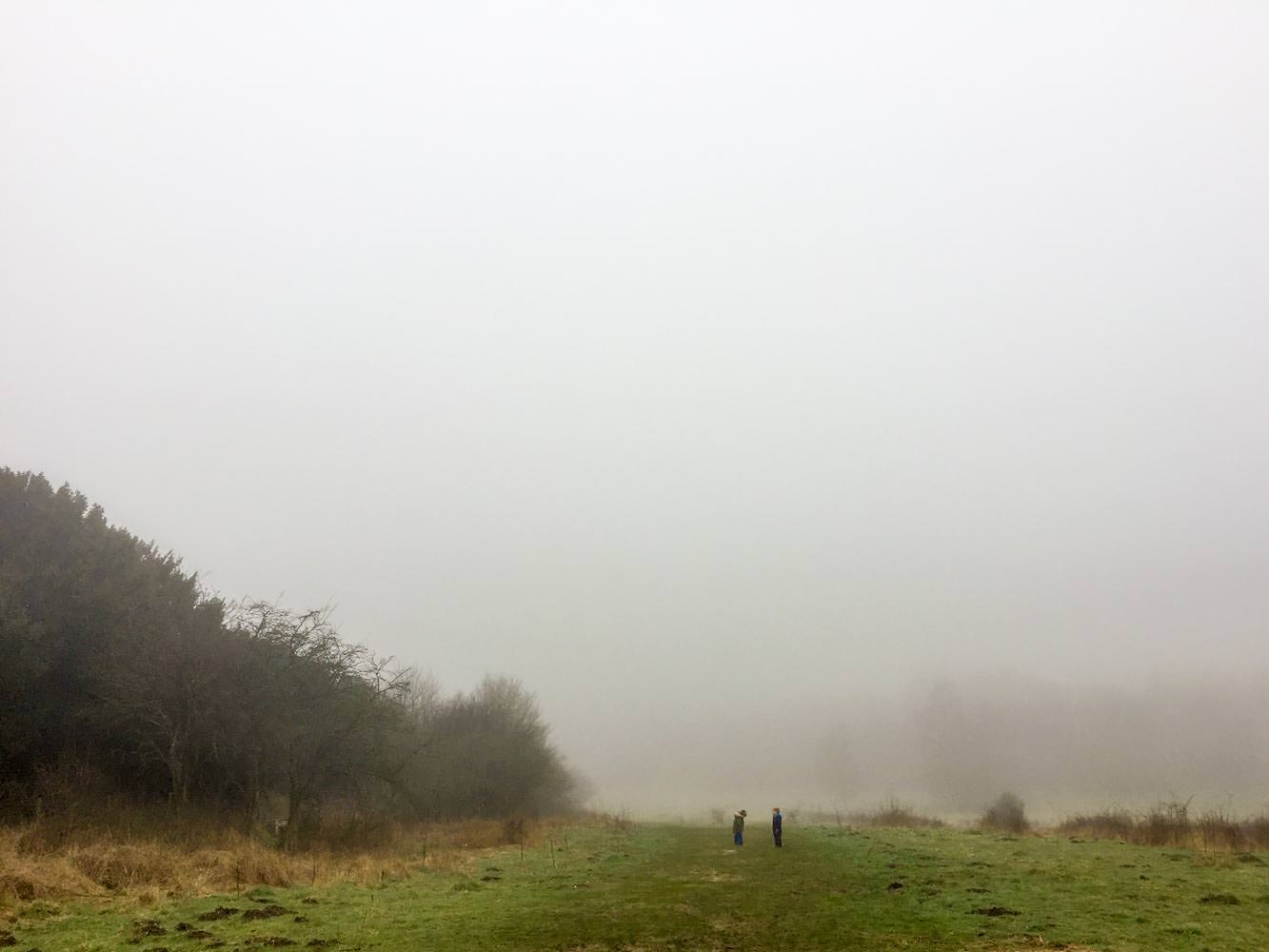 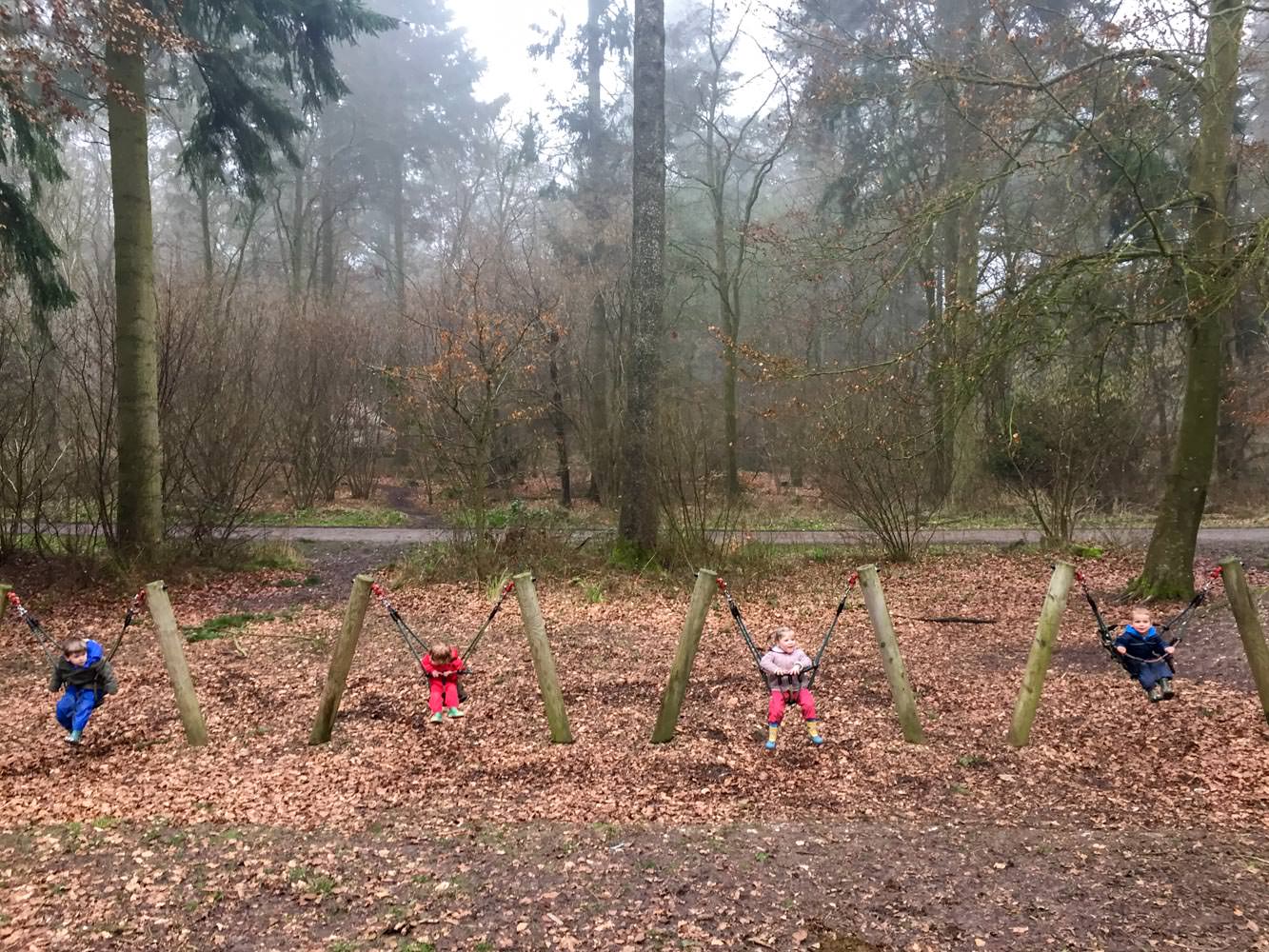